Why Developing Cloud-Native Applications is Worth the Time and Money?

Are you planning to move to the cloud and wondering what cloud-native application is and if you need it? Read on as we look at the key takeaways about the term cloud-native. We will see how you can take advantage of cloud-native capabilities to speed up your application development lifecycle. This will lead to an increase in your organization’s innovation output.

A Brief History of Cloud-Native Applications

Before we go into what a cloud-native app is, let’s see how it started. About ten years ago, companies like Netflix coined the term cloud-native by taking full advantage of cloud capabilities, transforming into one of the largest on-demand content providers.

This phenomenal success of Netflix allowed them to deliver features faster to their customers, garnering interest from other companies to study how Netflix could get such a substantial competitive edge.

What are Cloud-Native Applications?

Why go for a microservices architecture? (Monolithic Vs Microservices) 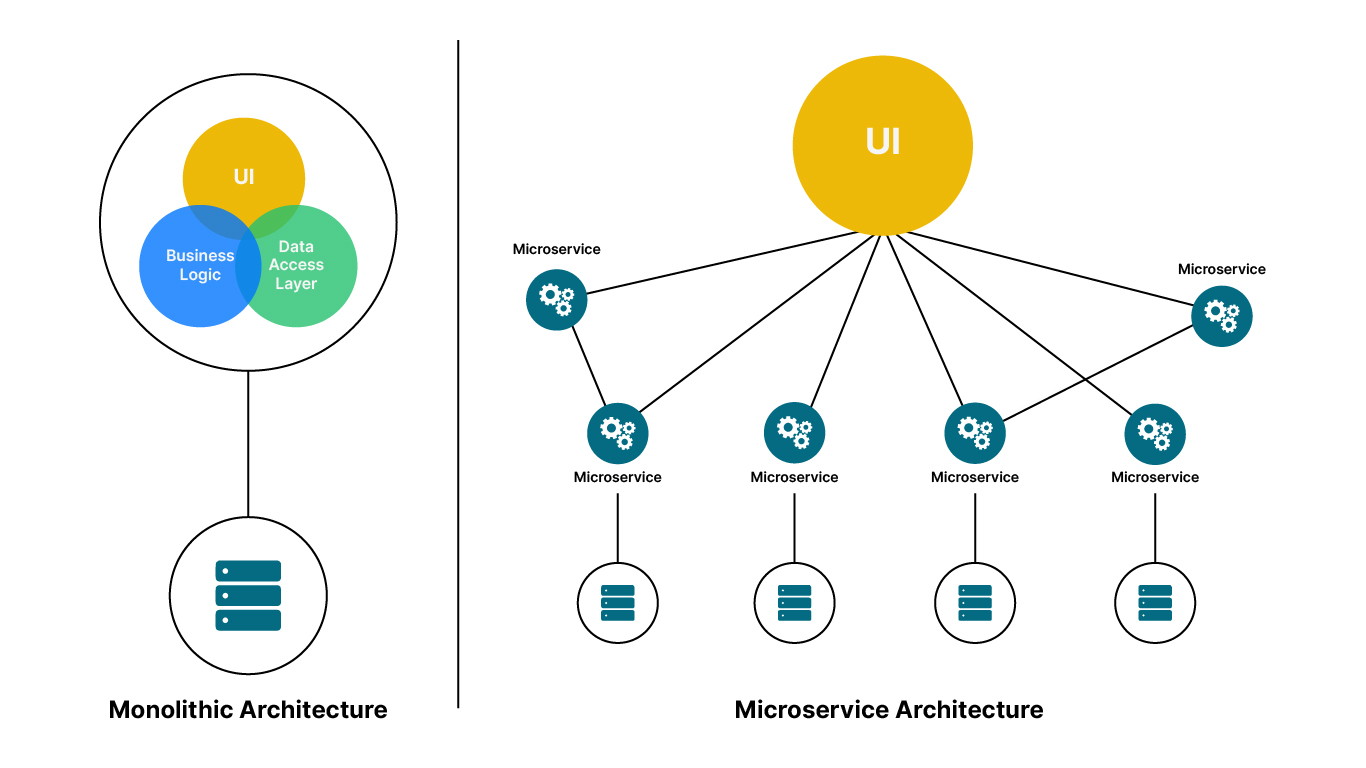 With a microservices architecture, a large application can be broken down into modules where each module has its own data and supports specific business goals. Here:

How are microservices possible?

The microservices are packaged in containers that connect and communicate via APIs. Container orchestration tools like Kubernetes are used to manage all of these components.

Here are some of the key capabilities of cloud-native applications:

Containers such as Docker are used to isolate each module of the application. The individual containers can all be deployed simultaneously and even in different languages. Containerization mitigates the risk of any conflict between languages, libraries, or frameworks. As containers are portable with the ability to operate in isolation from one another, it is effortless to create a microservices architecture with containers and move them to any environment as required.

APIs connect individual microservices and containers. They enable microservices to communicate with each other and act as the glue between the loosely coupled services.

When you have many microservices in containers, you need a way to manage them. In comes container orchestrators such as Kubernetes or Docker Swarm. Container orchestration tools manage resources, load balancing, scheduling of restarts after an internal failure, and provisioning and deploying containers onto the server.

How does DevOps help in cloud-native app development?

Adopting DevOps culture and DevOps tools and practices enables the teams to respond to customer needs faster. Some of the DevOps best practices are:

Continuous integration (CI) in DevOps is the development practice where developers, working independently, integrate their code modifications into the main branch of code. CI uses automatic testing, which is triggered whenever a new code is committed; this ensures the code is still secure in the main branch.

Continuous Delivery makes every segment of a larger code base release-ready so that an application does not need to be halted to bring minor changes into effect. So, rolling out frequent updates and running the operations smoothly without application breakdowns and downtimes becomes painless.

Continuous Delivery (CD), Continuous Integration (CI) in DevOps is possible because of Infrastructure as a Code, which is an approach to infrastructure management. This is possible by using scripts to set up the implementation environment (networks, virtual machines, etc.) to the appropriate configuration automatically.

By continuously monitoring every aspect of the application, it helps to identify areas that might need fine-tuning for better performance and security threats, finding out opportunities for automation in the development process to improve productivity.

What are the benefits of cloud-native applications?

The following are the top benefits for enterprises adopting cloud-native application development.

With cloud-native comes the ability to auto-scale, which the application can fully utilize without planning, storage, or other resources. Additionally, individual microservice can scale up as required without affecting the rest of the application.

With DevOps best practices, developers now have a low-risk method of reverting changes. With the ability to roll back to any previous version cleanly, recovery from disaster is also faster. Higher uptime of the application means businesses can serve customers nonstop, becoming more competitive.

Cloud-native technology utilizes pay-per-use models. The economies of scale help shift spending from CAPEX to OPEX. IT resources can be used more on the development side without the need to spend upfront for additional infrastructure.

Cloud-native applications allow the usage of multi-cloud compatible tools. This prevents vendor lock-in and helps avoid predatory vendor pricing. You can easily move to another public cloud with better pricing and product offerings.

Cloud-native applications have seen tremendous growth in recent years and are expected to be the future of software development. There is also an enormous spike in the cloud-native developers growing from 4.7 million in 2019 to 6.5 million in 2020.

Though cloud-native applications solve the problems of monolithic applications migrating to the cloud has its own challenges. You will need the help of experienced experts like Ziffity to ensure the migration or development of your application is right the first time.

Get the latest updates on Cloud!