Why should IBM WebSphere Commerce users switch to a better platform?

While digital shopping is on the rise due to the pandemic making every eCommerce business owner innovate further, eCommerce stores operating on IBM WebSphere doesn’t seem to be a happy lot. Why? There are a few reasons that justify their dissatisfaction, but before we get there, let’s dig a piece of history for a better understanding.

IBM WebSphere Commerce has been in the spotlight since the company announced that it is offloading its digital experience and eCommerce handles to India-based IT solution provider HCL over a billion-dollar deal in the year 2018.

Why? IBM, which built eCommerce, marketing, and digital experience strength to offer an integrated platform for enterprise-grade eCommerce giants, has started focussing on high-value segments of the IT industry. Artificial Intelligence, hybrid cloud, cybersecurity, analytics, supply chain, IoT, and financial services are a few among those.

“We believe the time is right to divest these select collaboration, marketing, and commerce software assets, which are increasingly delivered as stand-alone products.” – John Kelly, IBM Senior Vice President, Cognitive Solutions and Research.

Though the diminishing hopes of the platform’s users brightened up after the deal, the shortcomings that existed in the platform before the deal is still haunting its users.

#2 End of support for older versions

IBM WebSphere Commerce ended support for older versions of the platform V8 and V7 on April 30, 2019. The end of support means stores operating on older versions have no room to innovate, won’t receive bug fixes for existing issues they face. They’ll be vulnerable to cyber attacks due to the lack of security patches.

Though the support can be extended until the end of 2021, the inability to innovate means you cannot make the most of the online buying spree forced by the pandemic and 2020 holiday season peak. If you are operating on older versions of the platform, you could experience issues with the APIs. WebSphere data beans follow a new API, JPA (Java Persistence API), which makes changing many default settings a necessity to ensure frictionless API connections.

#3 Migrating to V9 – The challenging overhaul

Brands are forced to migrate to V9, the latest from IBM WebSphere Commerce’s studio, which is a significant investment and painstaking effort in many ways. While migrating to V9 might look like an immediate solution, the process isn’t that easy.

The major challenge in migrating to V9 is getting a deep understanding of the architectural changes. Due to changes in architecture, some features have been discontinued. It is vital to know which features you’ll be lacking and find alternatives to replace them.

V9 demands cloud compatibility. Moving to the cloud is yet another challenge. When it comes to the cloud, it’s a different ball game in terms of security. Your best practices, security measures that have worked well to keep your data safe in your on-premise infrastructure might not be successfully moved to the cloud or work on a cloud environment.

If self-hosting is essential to you or cloud-compatibility is a considerable investment for your brand’s current financial position, the effort and investment will surely outweigh the advantages of migrating to V9.

It would help if you had a well-equipped in-house team or sign up with an eCommerce agency to take on the migration project.

WebSphere Commerce’s V9 latest version lacks the digital experience part. Templating is tricky, and also there are challenges in Pagebuilder and personalization, which makes the platform lack ease of use and faster time-to-market advantage. The platform’s digital experience philosophy is centered on a product-category-based model instead of a page-based model that most of the other platforms that emphasize page-level personalization have adopted.

#5 Dependency on the new investors

To enable merchants to meet the tech-savvy consumer’s demands, WebSphere Commerce has to upgrade its systems with new technology stack and mar-tech tools. Though a tech giant like IBM is well equipped for that, its focus on other evolving areas of the IT industry has left WebSphere Commerce users worried.

Every merchant using the platform has to depend on its new stakeholder, HCL, to shoulder the future initiatives. Though HCL is said to provide satisfying support by a few merchants, the company has a long list of challenges like overcoming the existing shortcomings and sprucing up the platform to catch up with rapidly evolving platforms like Magento Commerce, Salesforce Commerce Cloud, SAP Hybris, and so on.

What can be done?

If you have not invested in moving to version 9 or unsatisfied with V9, migrating to another platform is an ideal solution. Remember that your business has evolved over the years based on the boundaries of WebSphere Commerce platform’s architecture. You’ll be needing a platform that facilitates a high degree of customization.

Magento Commerce would be an appropriate choice. Magento Commerce is built for scalability, and its flexible code-base can house multiple third-party integration and customizations. Magento is available in both self-hosted and cloud deployment versions. The platform offers thousands of custom-built extensions in its marketplace and is supported by a global community of developers and implementation partners.

Check out : 5 Reasons Why WebSphere Commerce Users Should Migrate to Magento

If you are thinking of migrating away from IBM WebSphere, Ziffity can help choose the right platform that fits your business.

TALK TO OUR EXPERTS 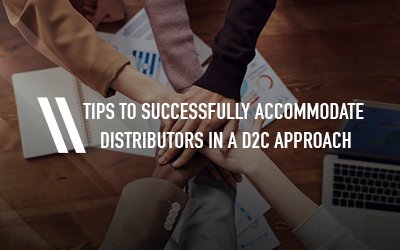 How can manufacturers and distributors co-exist in a Direct-to-consumer (D2C) model? 29 Sep 2020 | eCommerce, Magento Read More 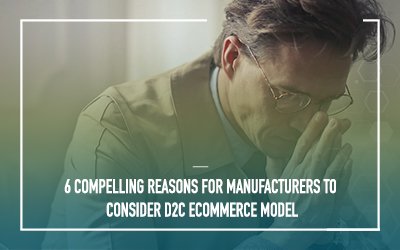 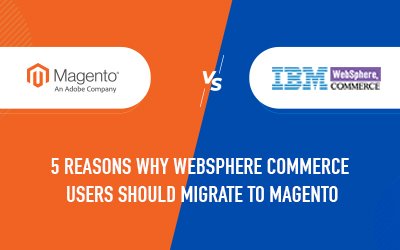 arrow_back Previous
View All
Next arrow_forward
Copyright © Ziffity Solutions LLC. All Rights Reserved
This website uses cookies to remember you and improve your browsing experience. Learn more about our usage of cookies here. Got It